Mustard!
That's what we used to say during our hikes in Girl Scouts when we wanted someone to catch up with the group. The front of the group would yell "Ketchup!" and the rear would respond  "Mustard!"
So I guess I am MUSTARD. :)

Let's Ketchup for February.
Snowmobiling, hooking, stitching, cooking, a wonderful visit with our daughter and a miracle.

For those who may not have heard the news it's still winter... :-/

We have enjoyed the snow since we got the sled this year.
And some of the snowfall has been picturesque 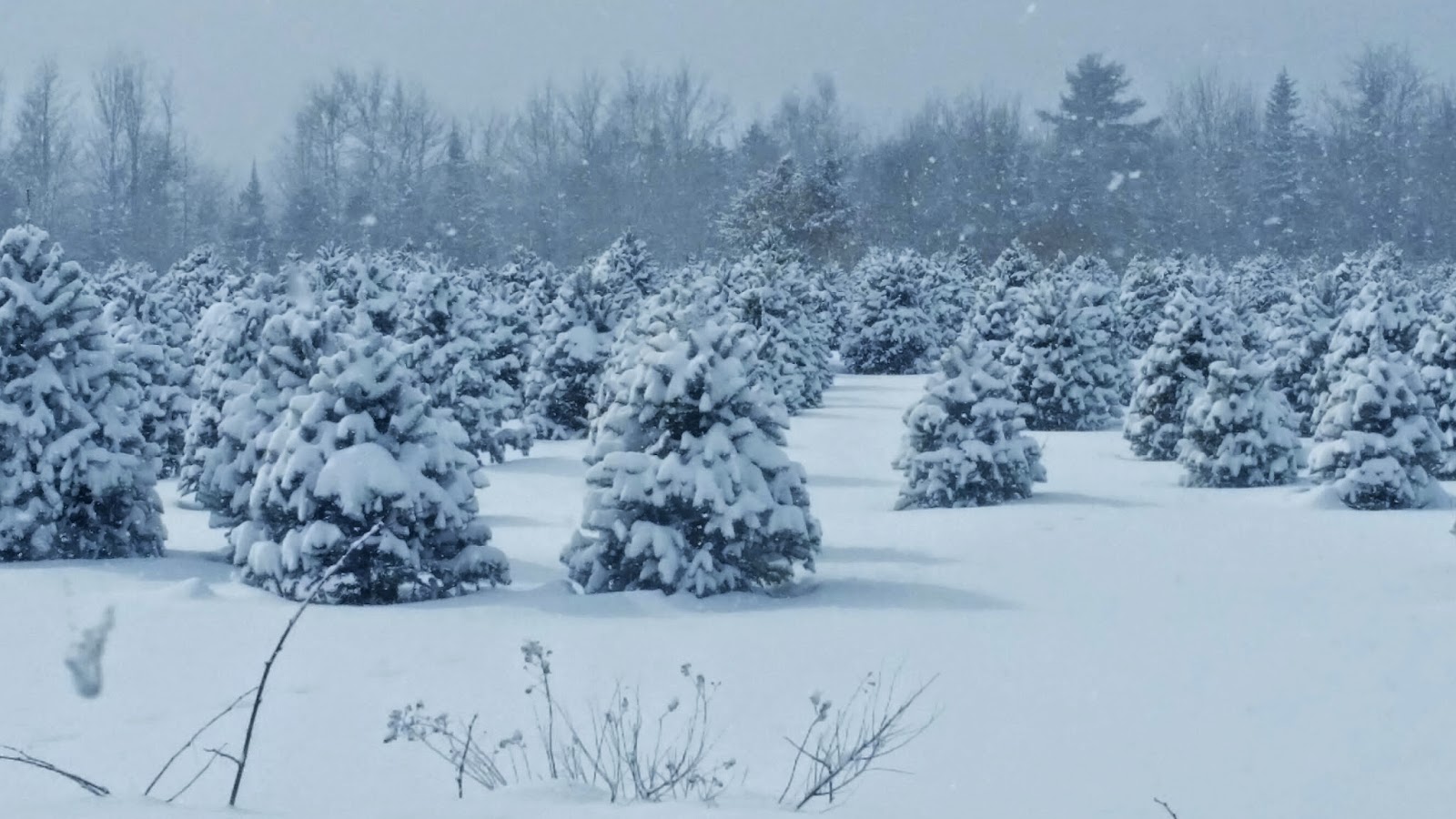 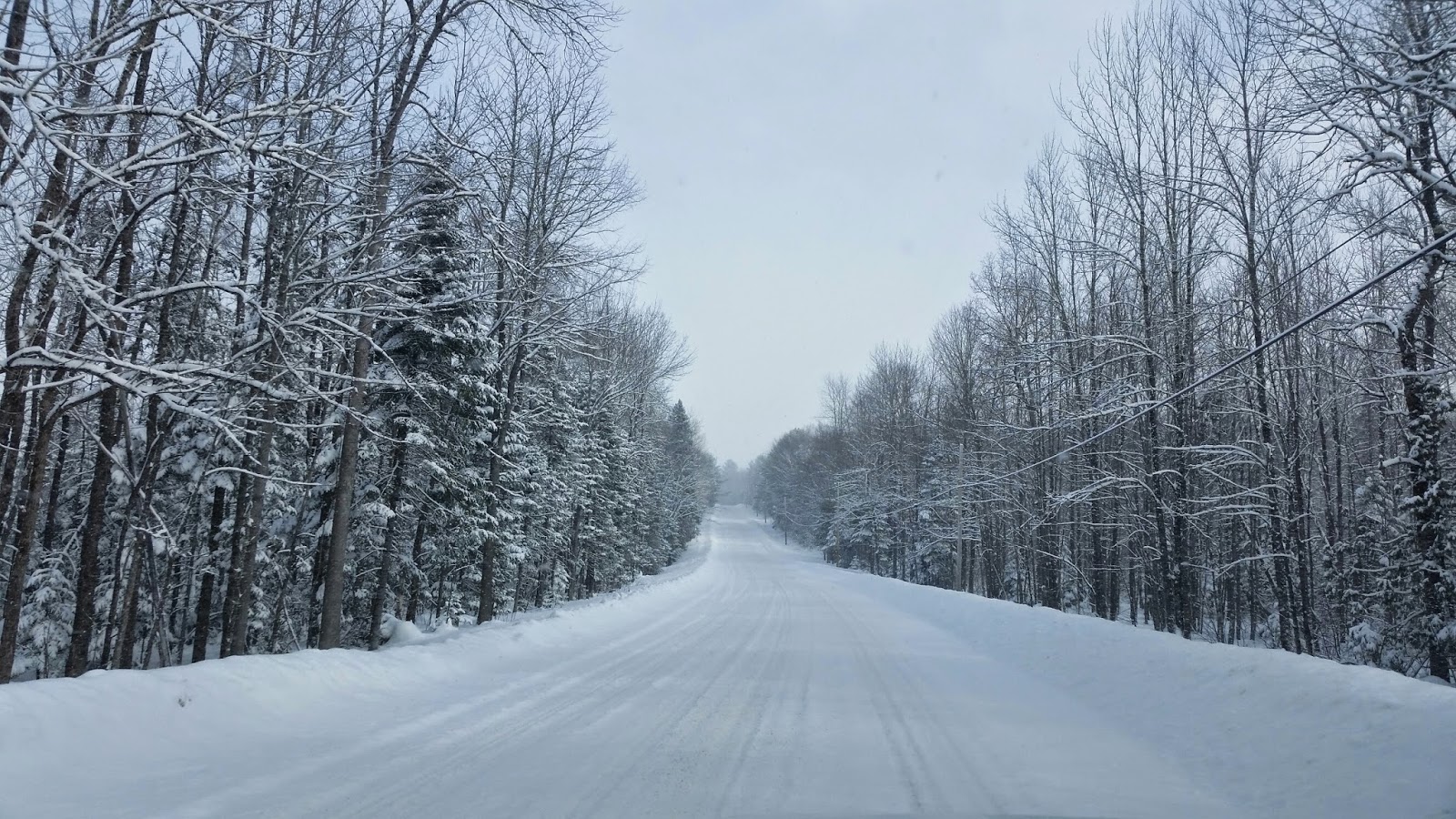 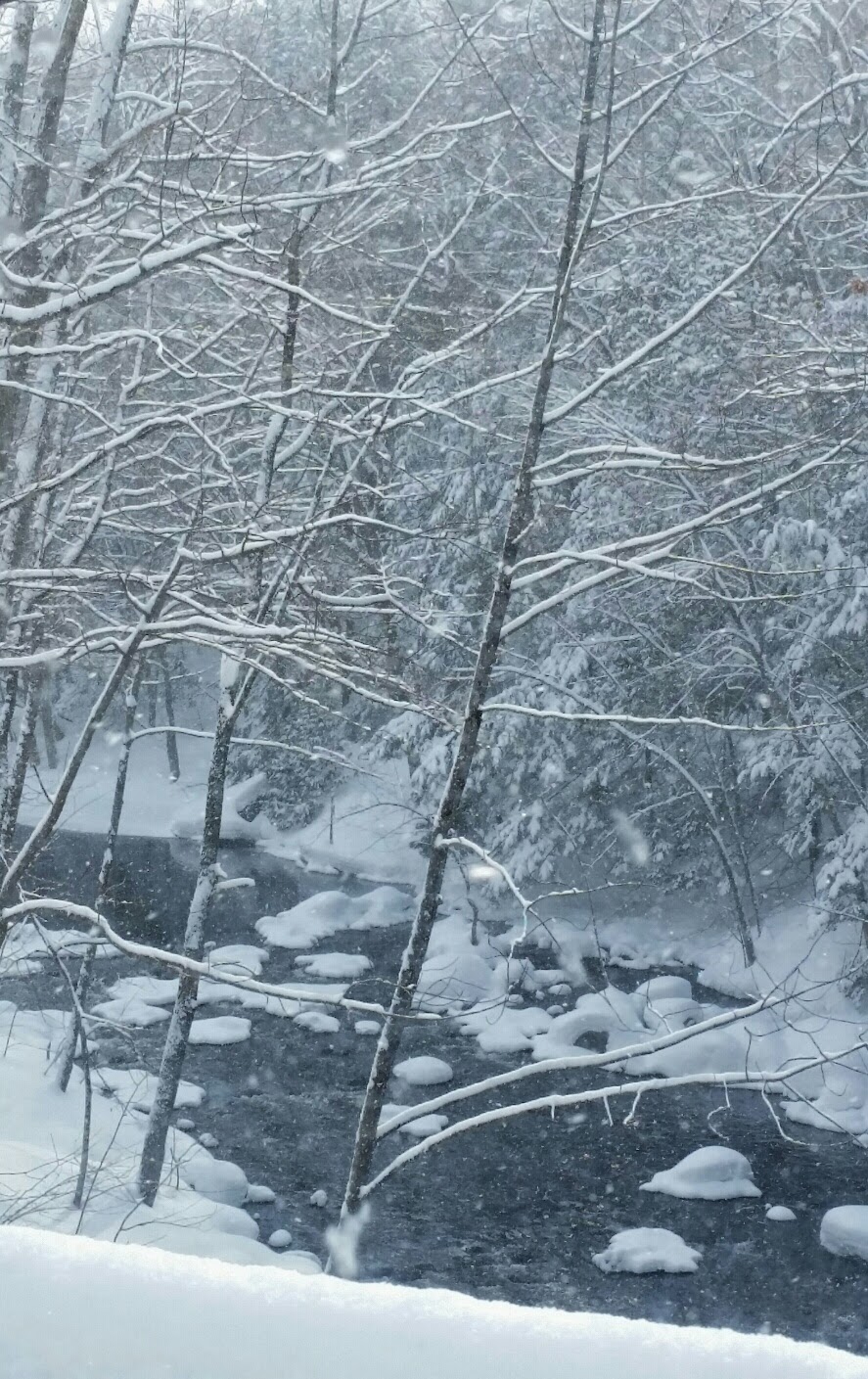 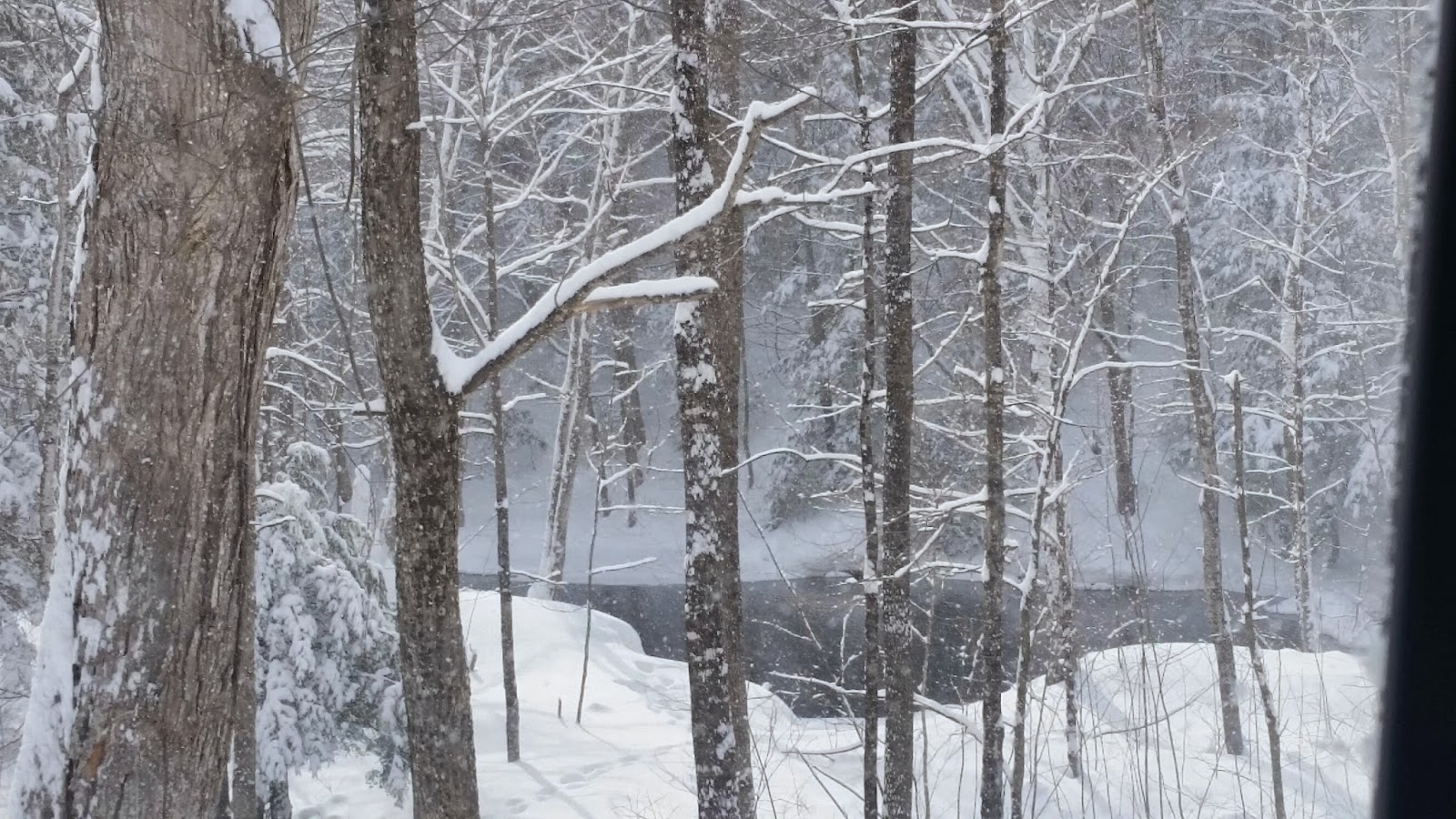 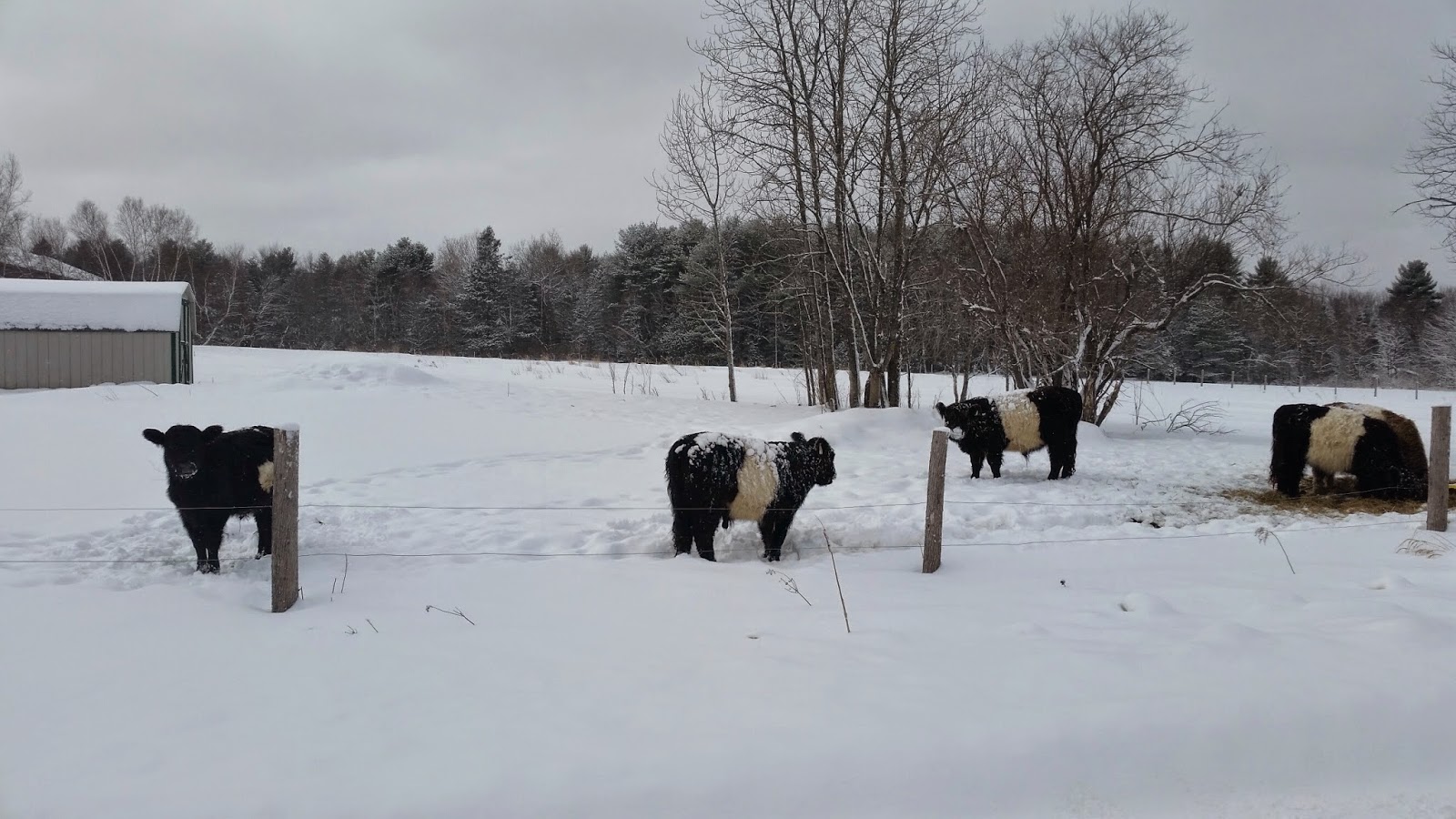 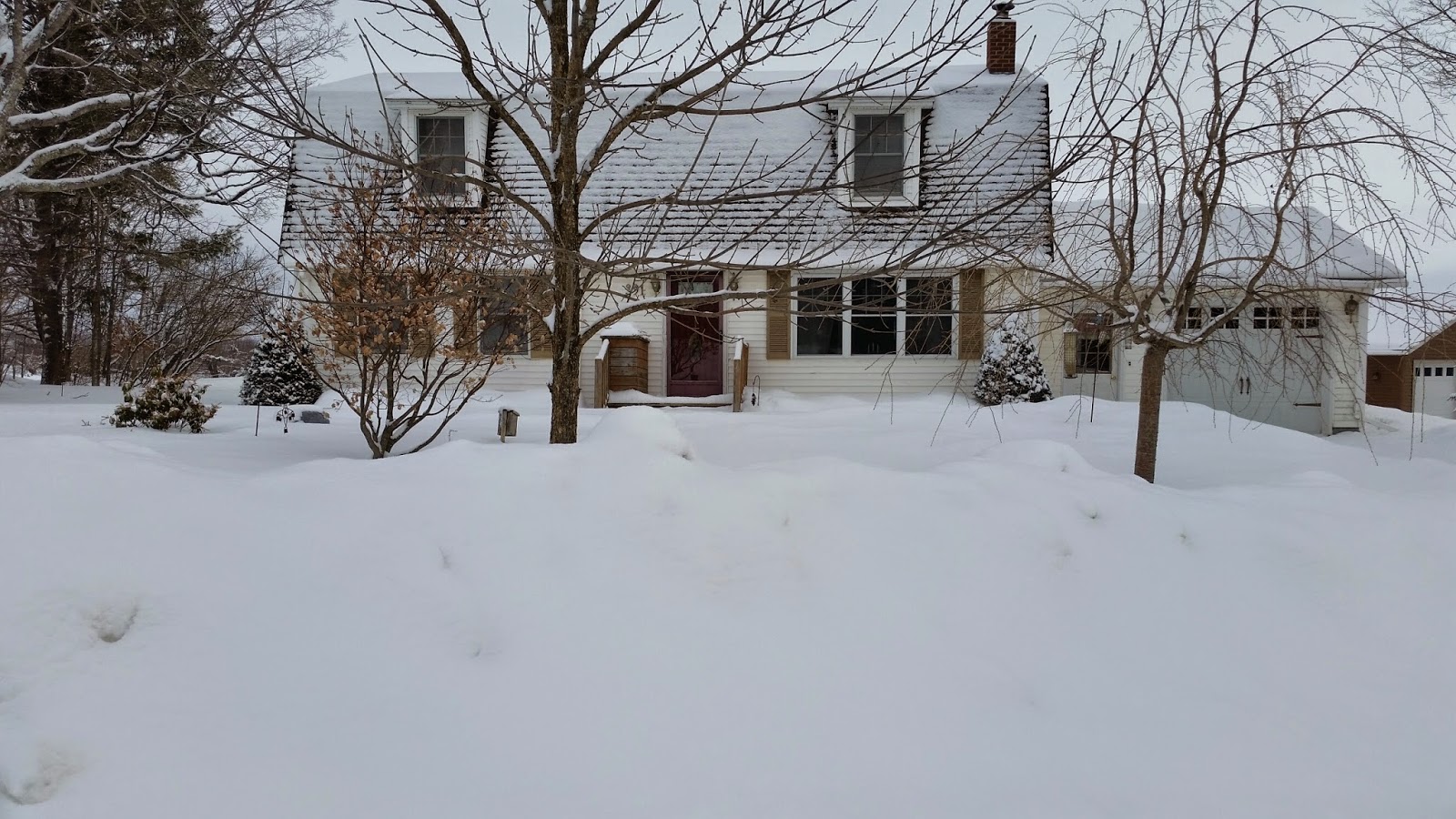 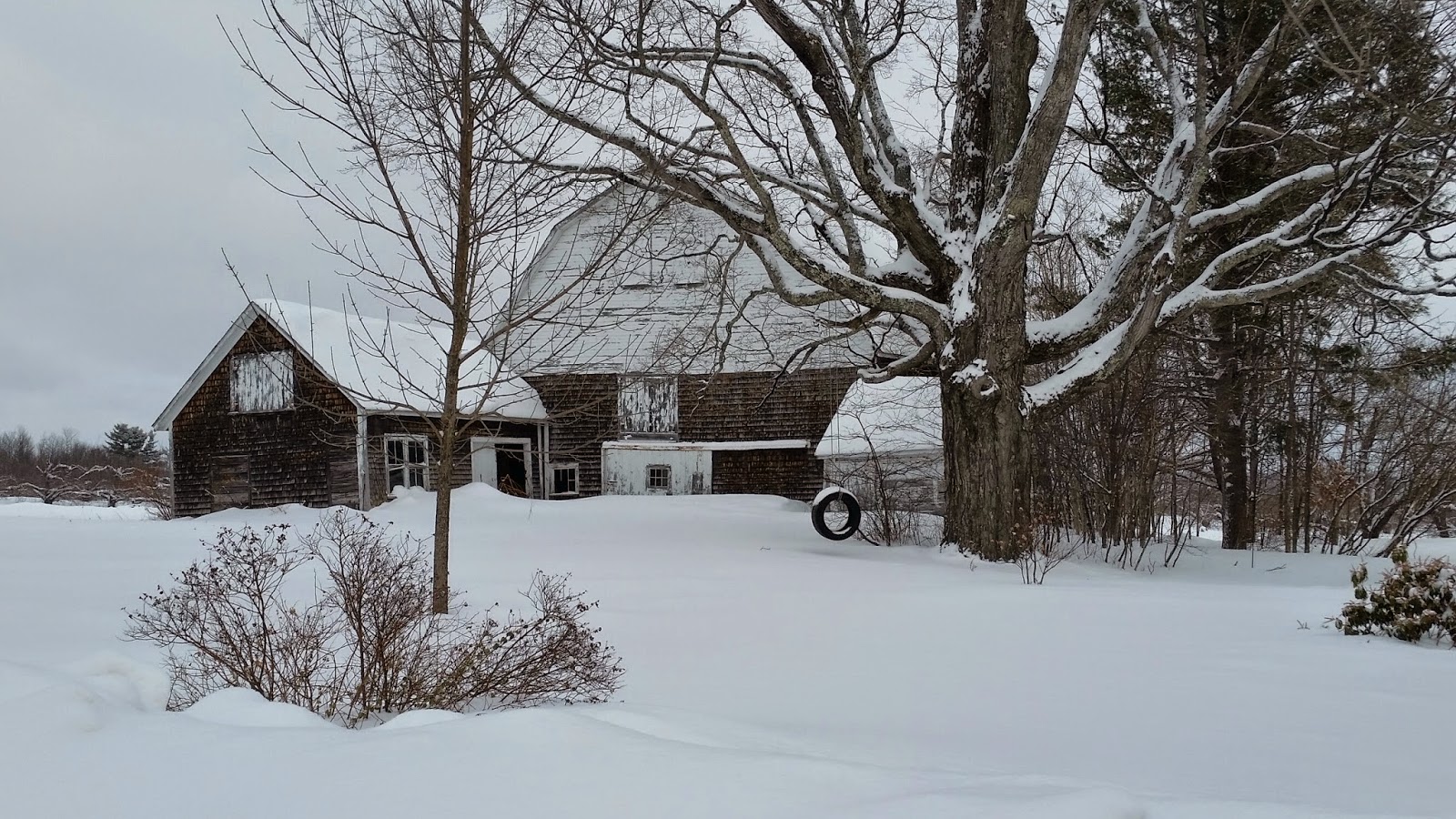 I've enjoyed making some hearty meals this season. I do love my crock-pot Sunday's. :)

I made a chicken tortilla soup. Kickin' good for a winter warm up.

I tried a new salad, an avocado caprese salad.
I used a cranberry pear balsamic vinegar to make the dressing.
It was heavenly and healthy!

I made my girlfriends recipe for Stuffed Pepper Soup for super bowl.
YUM!

I will be making this for the pot luck with the Winterport Hookers/Ellingwood Corner Crafters.
The daughter stopped in with me on the Saturday she was home
and met these lovely ladies and saw their amazing work.
She loved it!

On one of the subzero weekends I made corn beef and cabbage with leeks and red potatoes.

And while the hubby and daughter were out snowmobiling I made a pot of potato rivulet soup.
A classic family recipe.

And got a good fire going so I could warm them on the inside and out.

They had two days of great sledding.
The first day they hit several local trails around the lake and surrounding towns. The next day they rode to Greenville and back. Those two came through the door grinning and I picked up that the hubby appeared to be hiding something and the daughter shouted from the bathroom as she was hitting the shower....Guess What Mom?! And knew it....they had crossed Moosehead Lake which I asked them not to. They both were giddy about it. I was glad they had a great  and safe time.

A mom got to braid her daughters hair. :) 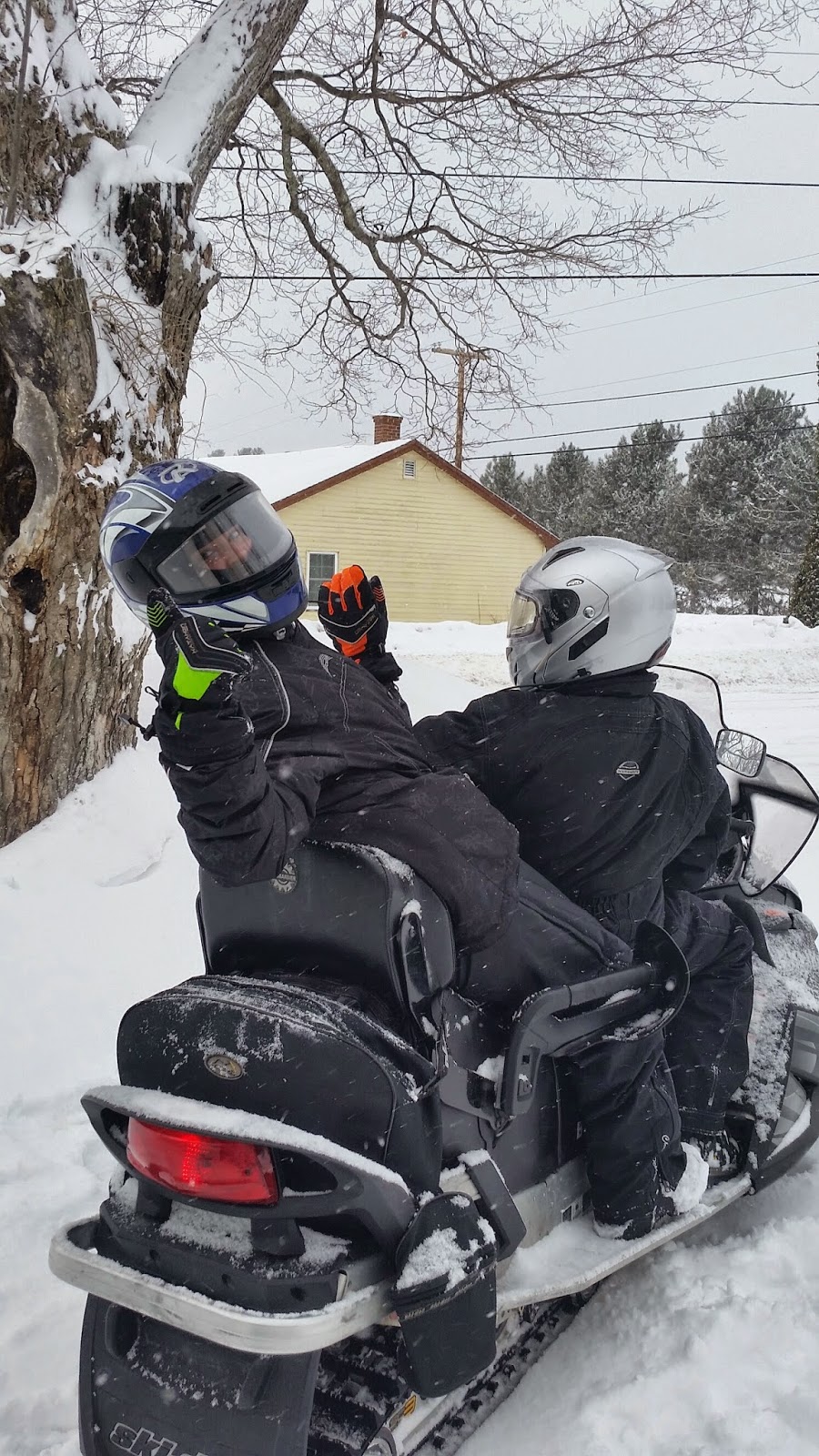 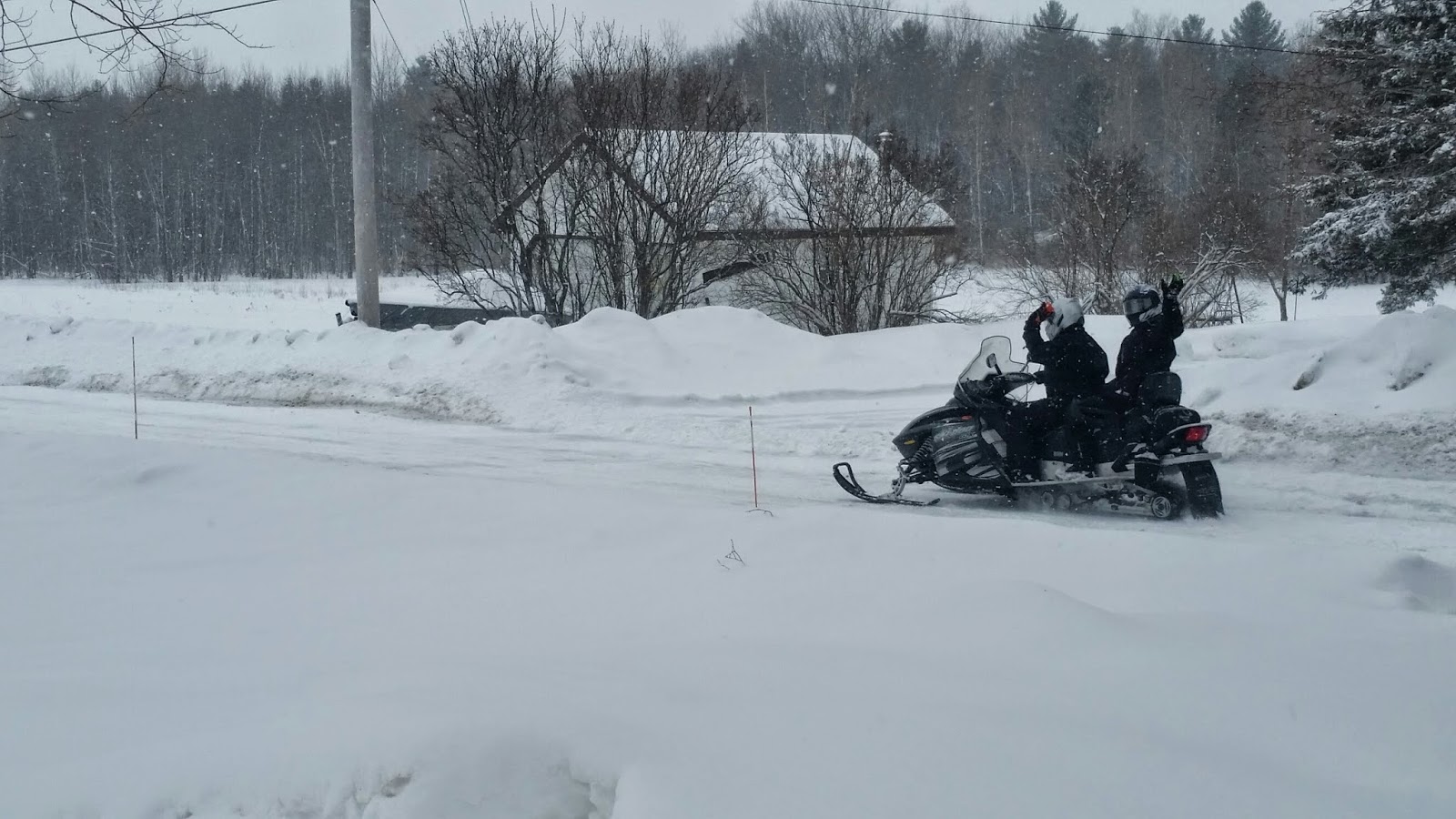 I got a short ride a couple days later. 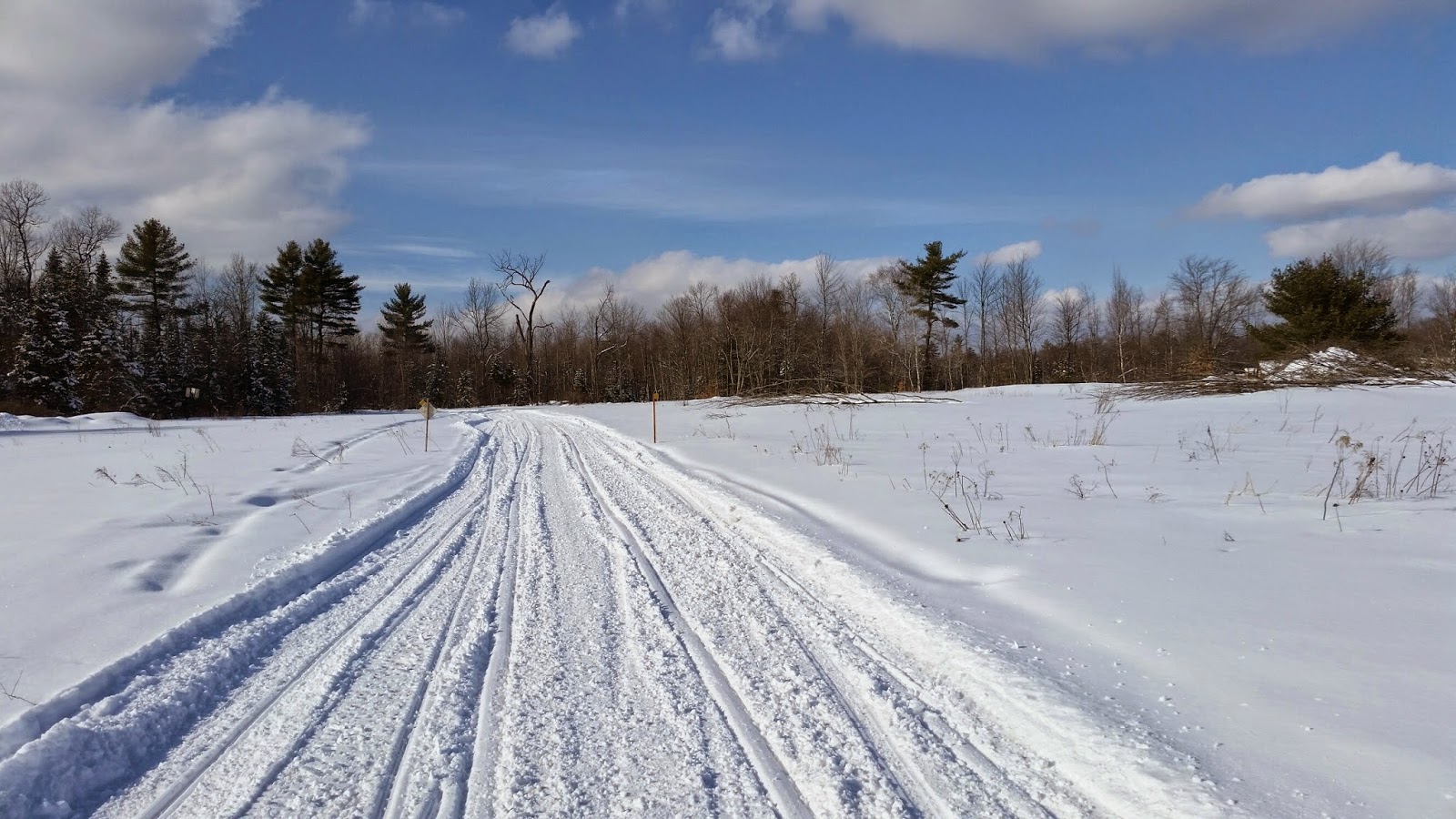 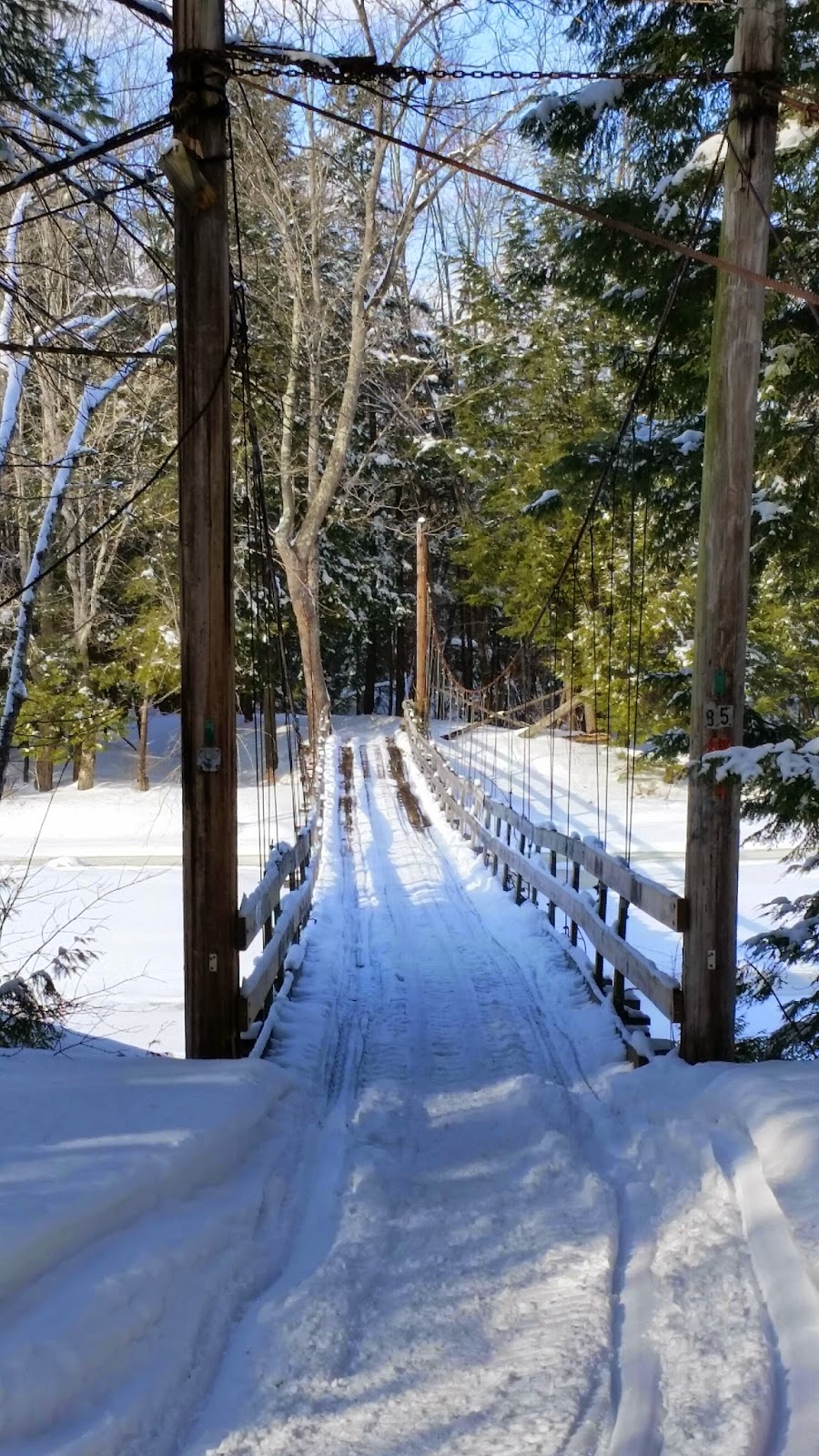 I was diligently working on my siren before our daughter came home.
Here is a glimpse of my progress. 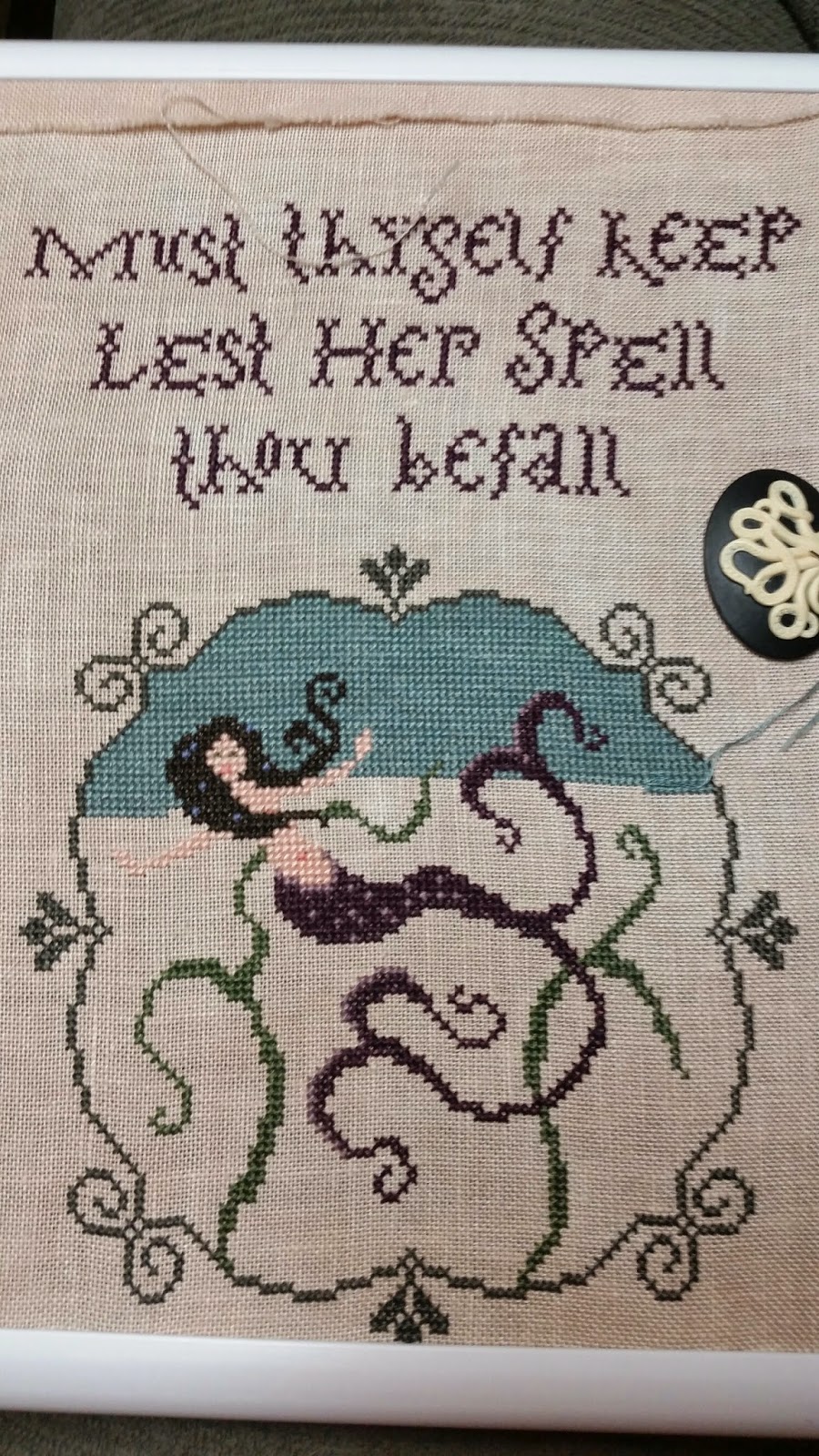 While she was here she tried her hand at hooking. She worked on the Libby rug.
So glad she pulled some loops on this one.

It really is looking like our Lady Liberty Bell.

It was such a wonderful week with our daughter.
Her and I had a pedi together...

...snuggled on the couch watching movies including Disney flicks. She hooked us up with Netflix which opened another can of worms...I am caught on Bates Motel and into the second season of Dexter. Planning on starting House of Cards which I know my husband will enjoy. We hit the LL Bean Outlet and another Maine staple, Reny's before I took her to lunch at Shimbashi's for her birthday.

We truly enjoyed and absorbed our quality time with her.

The animals were happy to see her too!
The hound snuggled up with her in bed the first morning and when she laid on the floor watching movies. The cat slept with her almost every night. So much love in our hugs, snuggles, laughs and meals. It was a terrific winter retreat.

A few fun shots of the critters.

she thinks she is a dog

baa baa black cat have you any wool...

Cat got your wool? She loves my wool bag...

Watching the chickadees in the bush...

On the last day of our daughter's visit my husband and I were headed to work for the day.... The weatherman called for snow showers during the morning commute and unfortunately we were experiencing white out conditions on our drive in and just about eight miles before getting to town we were involved in a major pile up.

It was the scariest thing I have every experienced.

We share our thanks for all the men and women who volunteer and serve our communities. 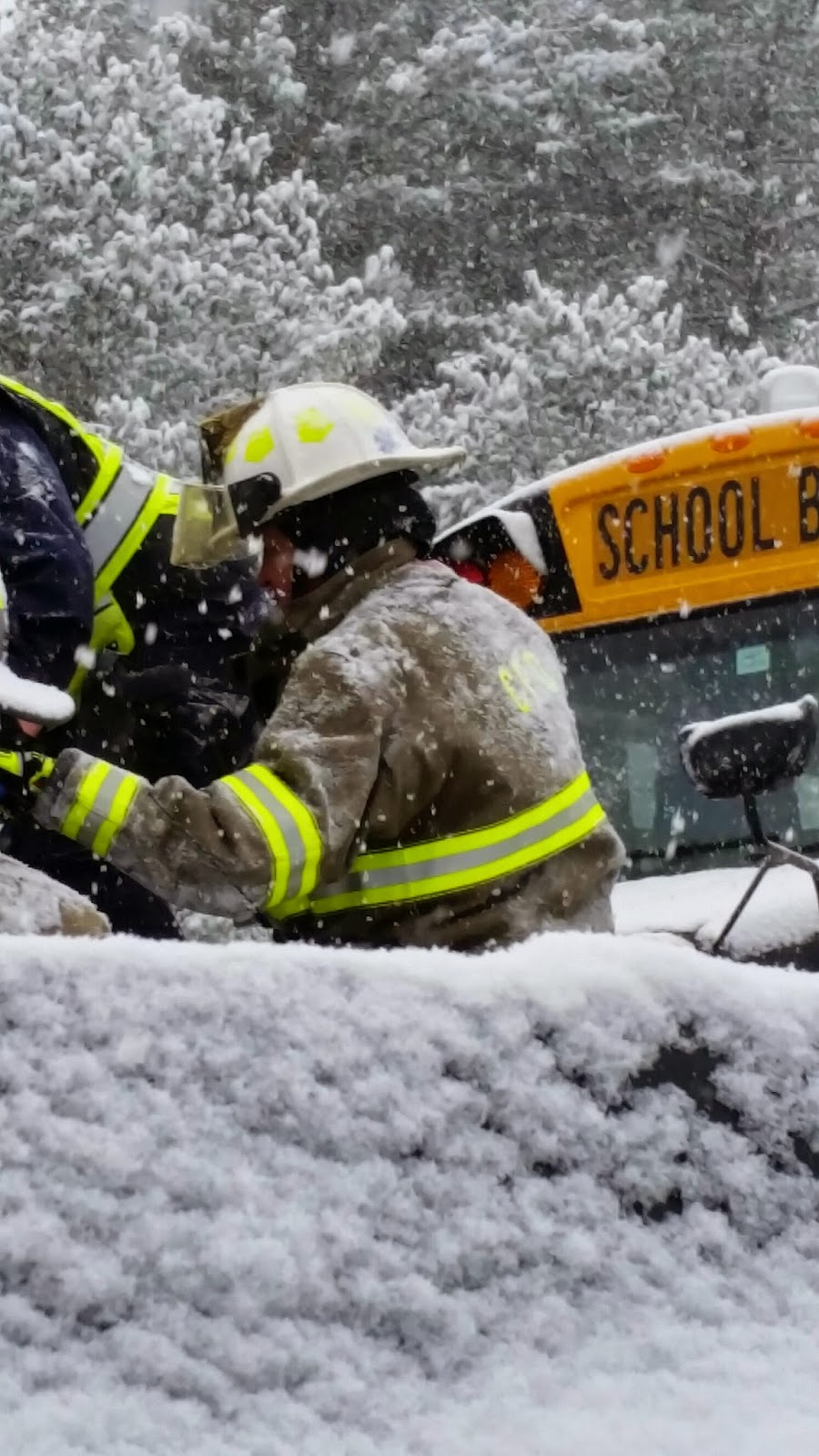 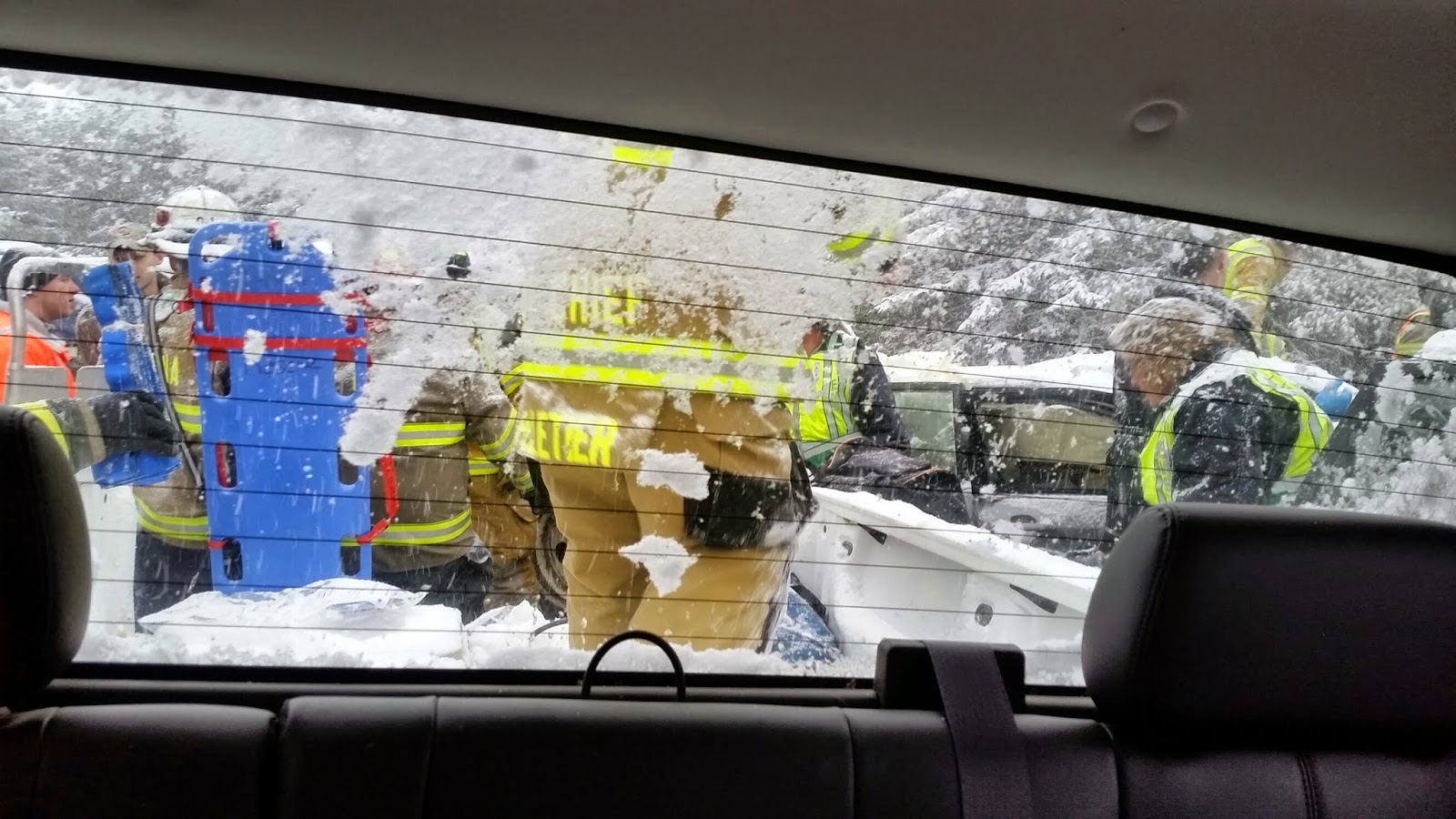 They did an amazing job and were there very quickly.
We were very, very fortunate to have only bumps, bruises and a banged up knee (still waiting for an MRI) and saddened with the loss of our truck; but she did her job in keeping us safe.
We are truly grateful that everyone survived and the most seriously injured will be alright.
Someone had commented on the story calling it the Three Mile Miracle.
Indeed.

As we said our goodbyes to Big Beulah II...

we were thankful that we found another truck very quickly.

We brought Big Beulah Bell home this past Friday night.

I'll end this long, long Ketchup with a picture of an amazing sunset from Thursday night. 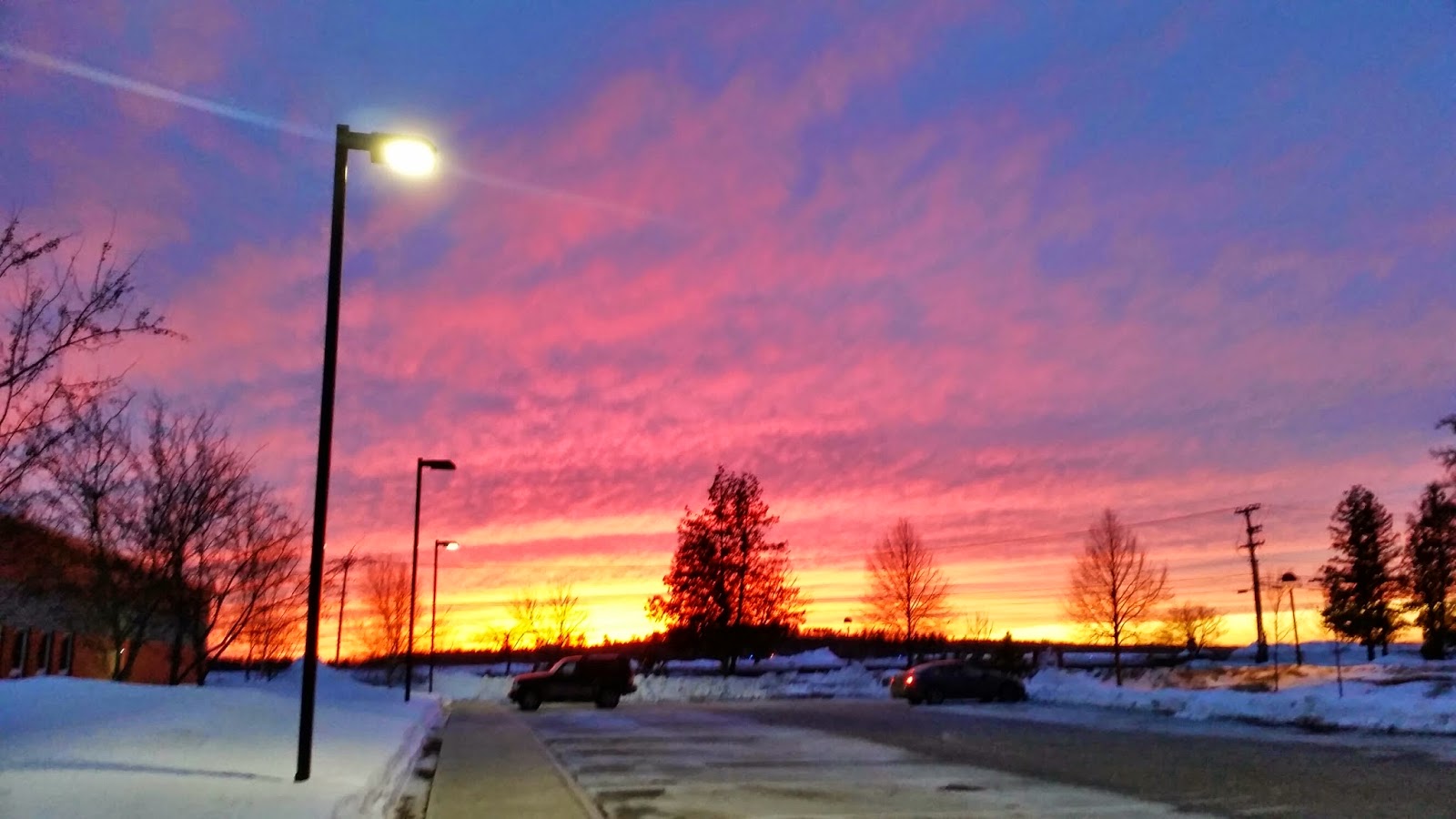 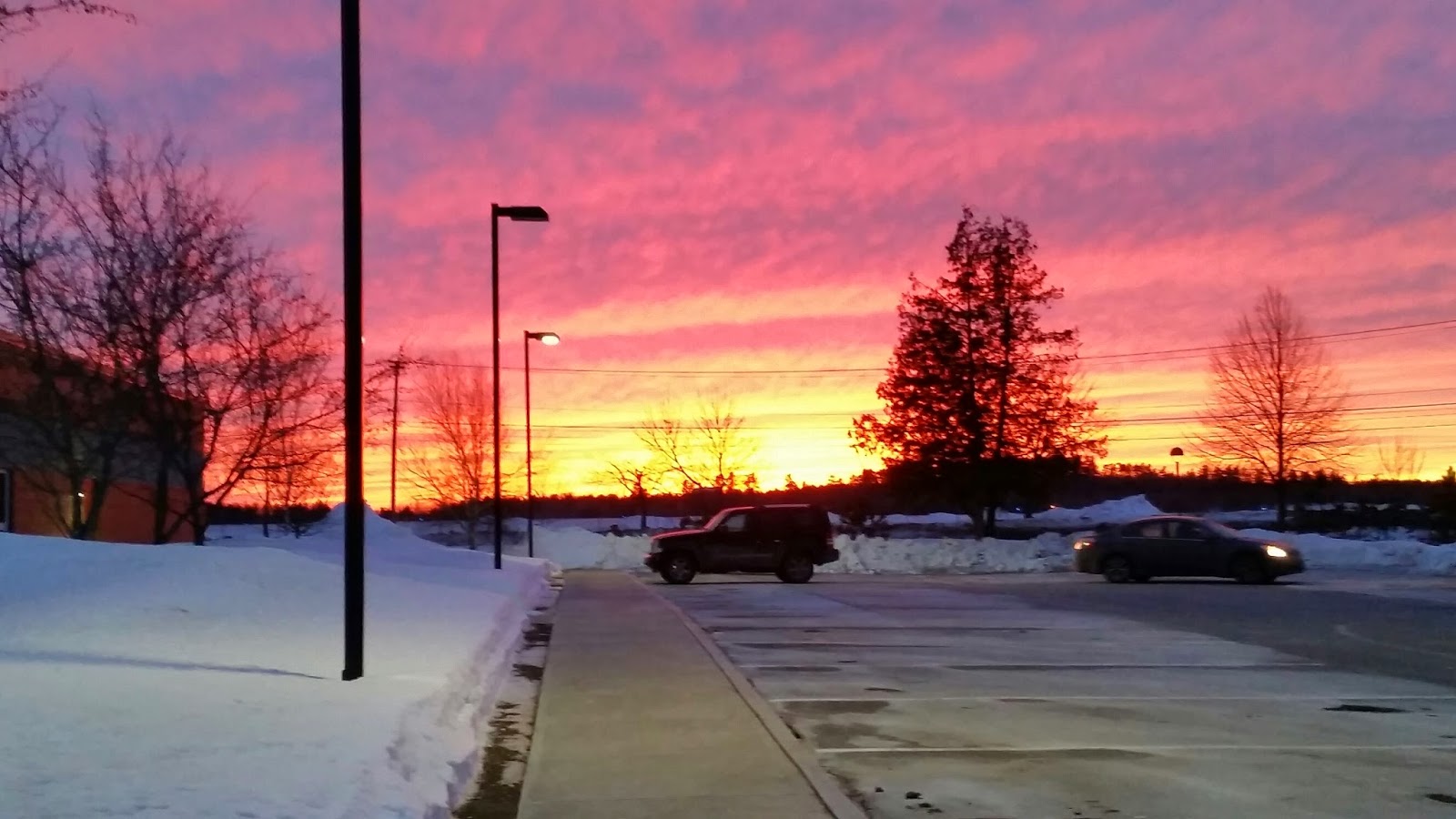 Finding comfort and joy in the simple things!

There is nothing that a little needling can't fix. 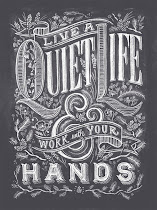 Blogs I Am Following

Stitching is my solace....

P.J.
Maine, United States
We've been living in Maine since 2005, having previously lived in Kansas for 12 years. I love cross stitch and recently took up rug hooking. My husband and I are the proud parents of a SAILOR! 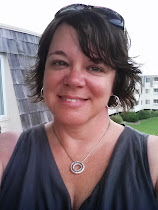 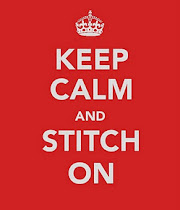 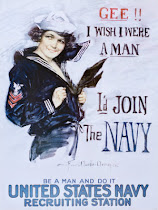